Get to know who we are, what we stand for and how you can join us.

Our mission is to improve our environment, economy, and quality of life by working with Nova Scotians to reduce, reuse, recycle, and recover resources.

We are dedicated to the commitment of equity and strive to create a workforce that is reflective of the diversity of Nova Scotians.

We operate two primary recycling programs: the Beverage Container Deposit-Refund Program and the Used Tire Management Program, recycling vehicle passenger tires and bicycle tires. These two highly successful programs are the core of our business and have been embraced across Nova Scotia.

Our organization also delivers education and awareness programs, works collaboratively to develop and implement stewardship agreements, funds research and development initiatives, and promotes innovation through the development of value-added manufacturing. We also manage and support a network of 78 Enviro-Depots across the province, working together to divert waste resources from landfills.

We don’t receive any government funding — we’re entirely self-sustaining through the environmental fees collected from our programs and the sale of recyclable materials. Over 70 percent of this revenue goes back to municipalities around the province to support curbside collections and help Nova Scotians reduce, reuse, and recycle. 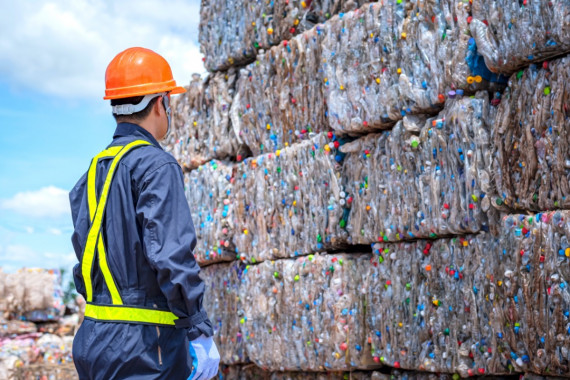 If you value protecting the environment and helping others do the same, Divert NS could be the team for you. We offer competitive salaries and benefits, provide career upskilling, and are committed to diversity and inclusion. Learn more about current opportunities today.

Our CEO & Board Members 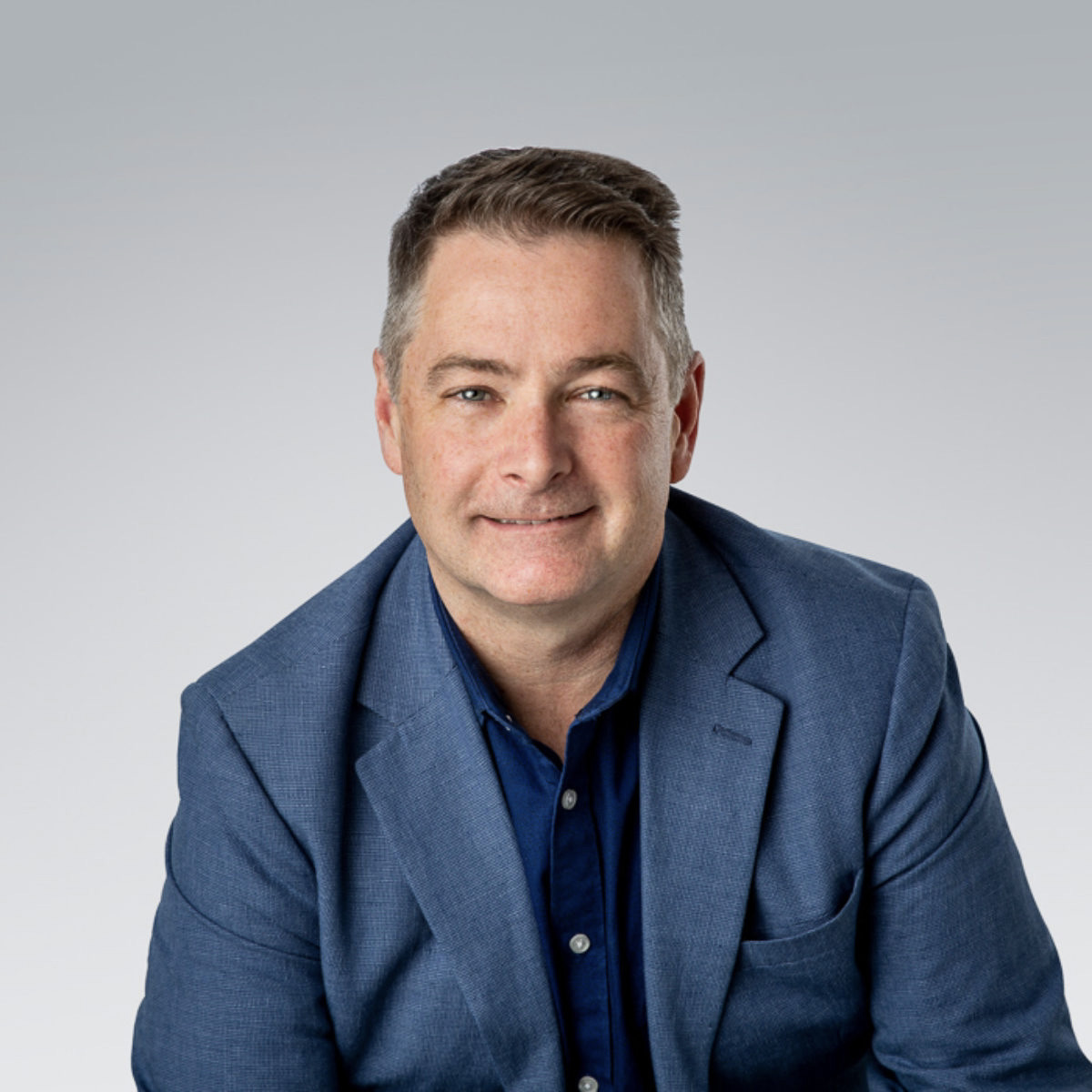 Jeff MacCallum is a leading voice for sustainability in Nova Scotia. As CEO of Divert NS, he oversees the strategic programs and services designed to improve the province’s environment, economy and qu

ality of life by creating a strong culture of recycling, reusing and recovering resources – and most importantly, leading with a mindset of overall reduction in consumption.

Jeff began his career with Divert NS as Director of Programs & Business Development and was most recently Senior Director of Business Development & Operations. In these roles he led the implementation of new compaction trailer technology that greatly improved efficiencies and reduced GHG impacts for the beverage program. He also developed a new Enforcement Program to support municipal recycling efforts, and established a series of Research Summits to bring together thought leaders to discuss solutions to critical sustainability issues. Prior joining Divert NS, he worked for the Province of Nova Scotia for a decade in Economic Development in various roles, most notably as Director of Economic Strategies & Initiatives.

As a trusted convener, he is known for his innovative and inclusive approach when looking to advance new initiatives in sustainability. He leads his organization with the strong belief that the environment and business can thrive together in a circular economy. He holds a Master of Business Administration from McMaster University and a Bachelor of Commerce from Dalhousie University. He is a member of the Round Table on the Environment and Sustainable Prosperity, is past Chair of the Canadian Association of Tire Recycling Agencies (CATRA), and a member of the Truro & Colchester Chamber of Commerce. 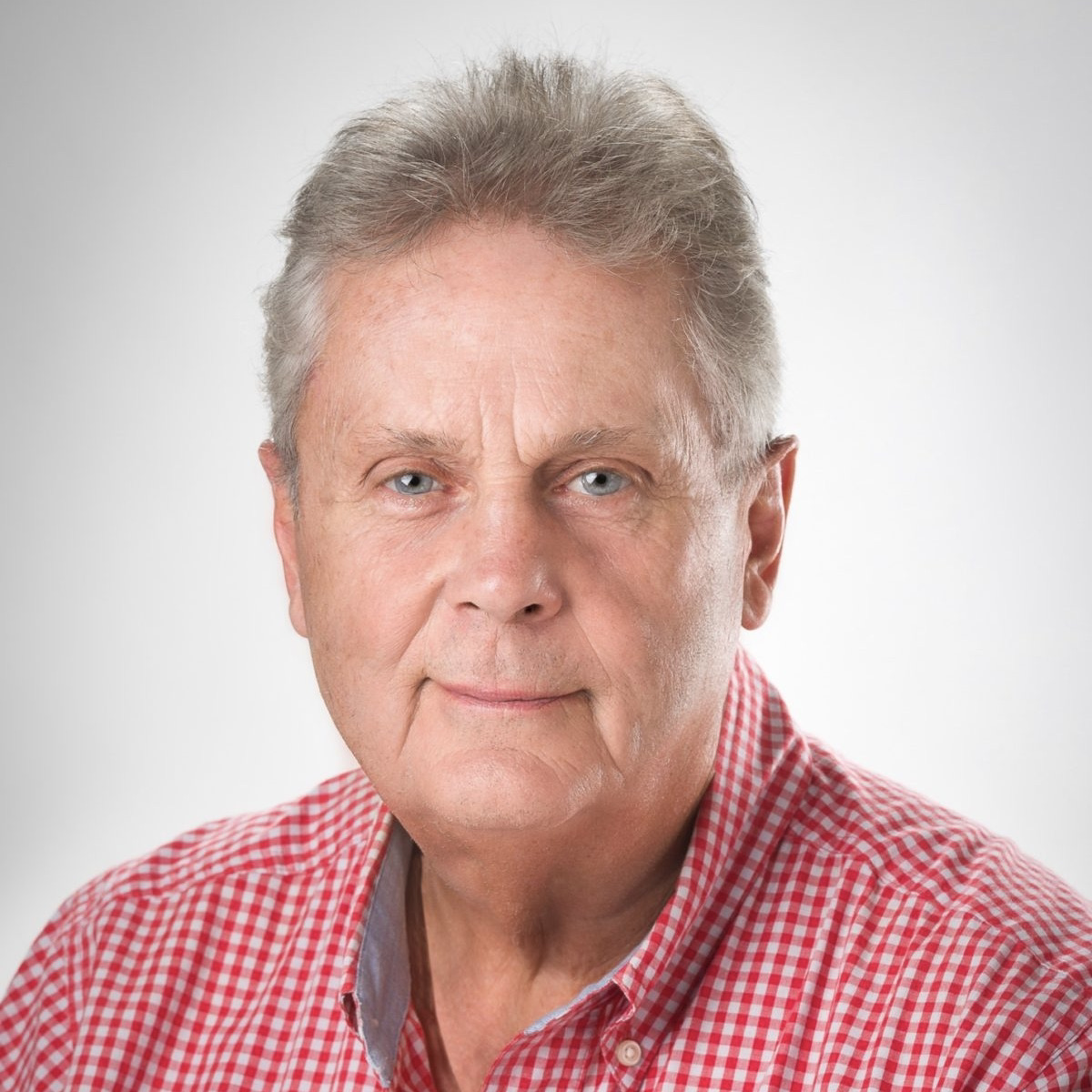 Ken Meech has an MPA from the University of Western Ontario and an extensive background in public administration, having served in senior positions in the municipal and provincial sectors. Ken has the

distinction of being the first Chief Administrative Officer for Halifax Regional Municipality, thereby leading the amalgamation process to achieve the combined HRM. Ken’s connection to municipal government is comprehensive. He served as CAO for rural and urban municipalities, from small to the largest in the province; and served on both the provincial and national municipal associations, including as president of the Association of Municipal Administrators and the Canadian Association of Municipal Administrators. He served as Executive Director of the Nova Scotia School Boards Association and was CEO for the Strait Regional School Board for three years, assuming responsibility for finances and support service. Ken was also an ADM in the Health department at the provincial level, and a member and chair of the Halifax Water Commission. Ken is proud to have been a co-champion of the solid waste strategy for HRM that commenced in Halifax County and finalized by HRM. 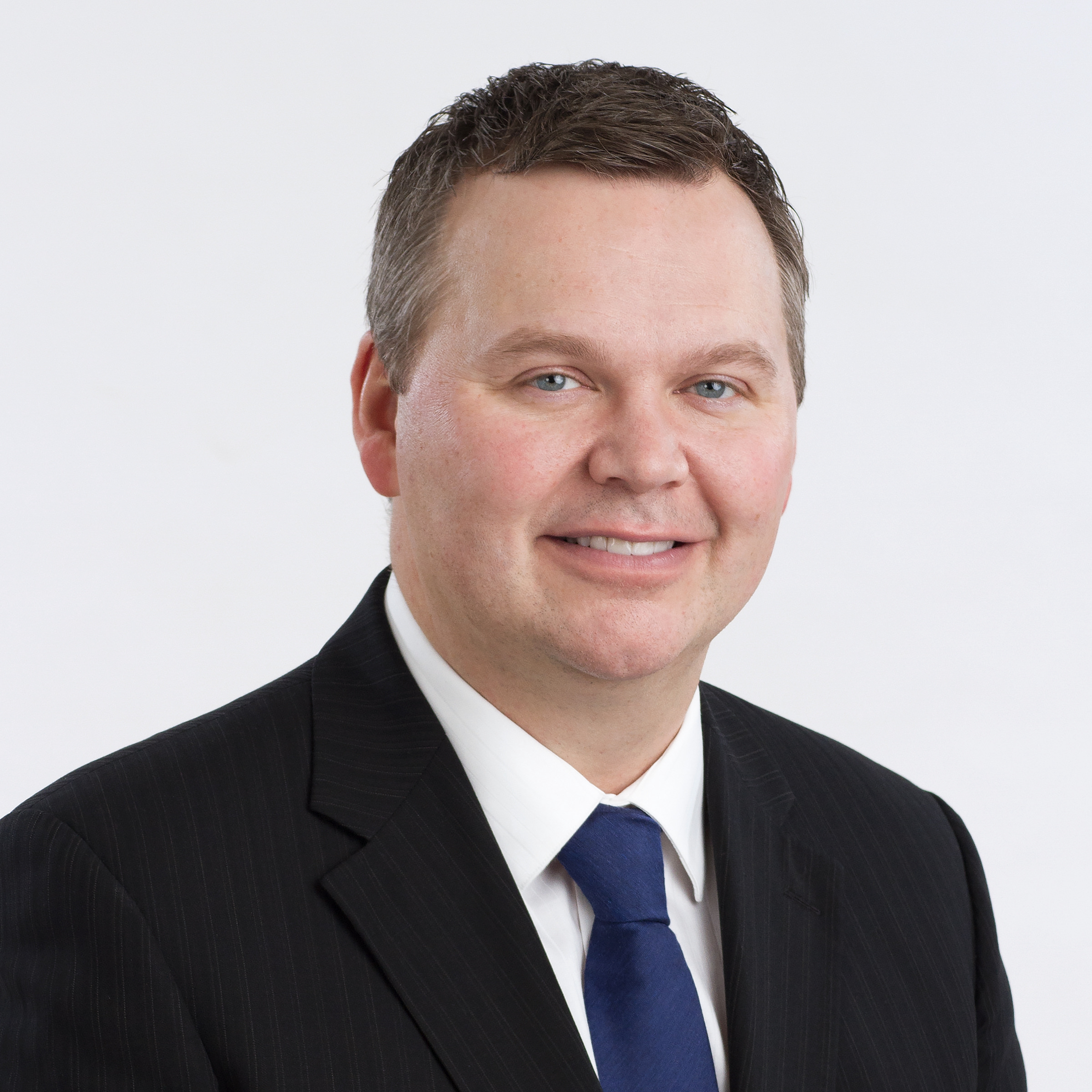 Jeremy Scott is a lawyer based in Halifax Nova Scotia. He advises clients with respect to Canadian sales taxes and Environmental Stewardship Programs. Jeremy has been helping organizations understand

the tax and environmental program rules and ensure their systems are properly setup to capture and report the appropriate information for close to 20 years. He has written articles for tax publications and has presented at a number of tax conferences, seminars and professional development workshops. Jeremy previously served in senior finance leadership roles at Sobeys Inc. This included serving as head of tax and overseeing all aspects of Sobeys’ environmental stewardship filings throughout Canada. He has served on the Board of several not-for-profit organizations, including Brigadoon Village - the largest pediatric medical camp in Canada. 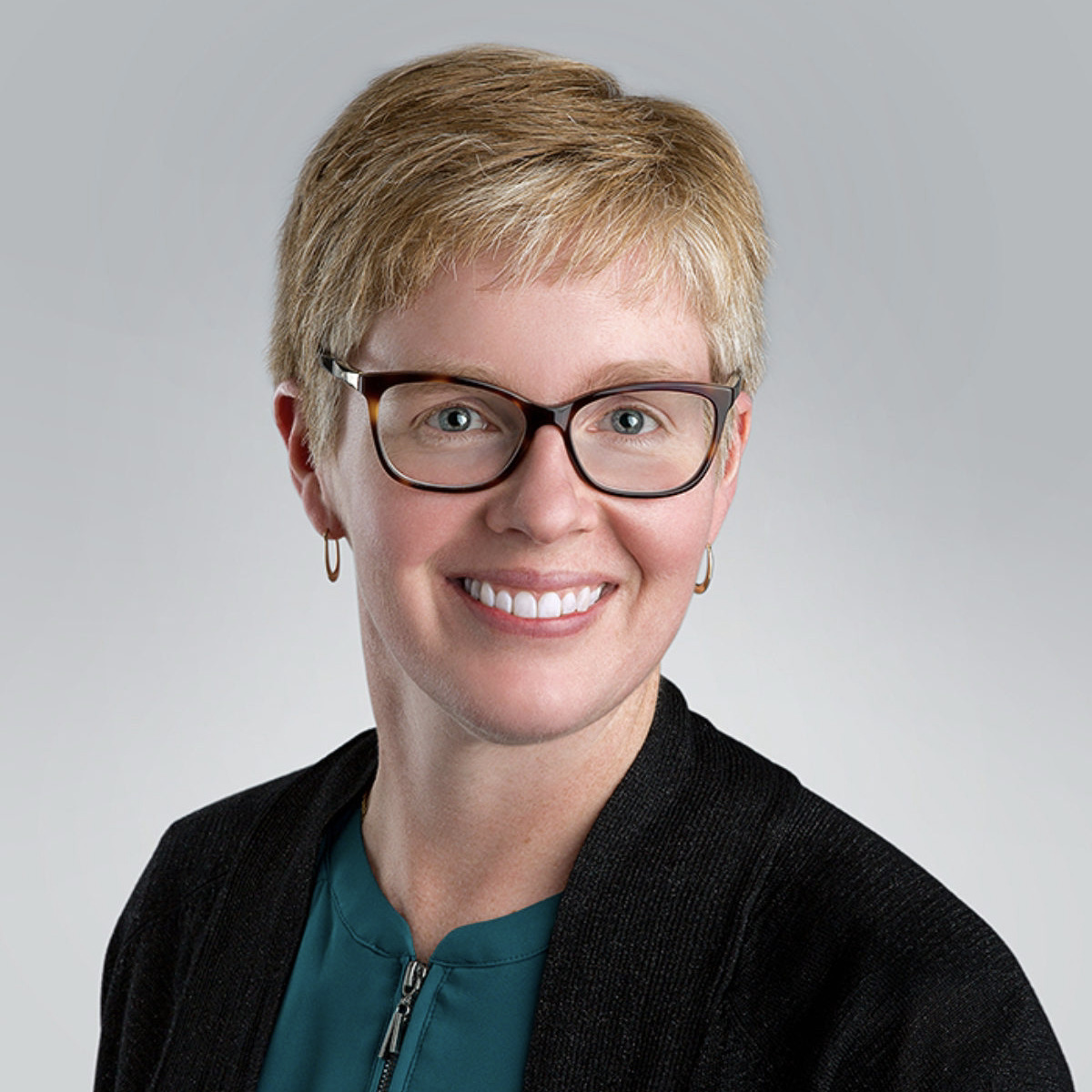 Cari Gray is employed with Michelin North America (Canada) Inc. at the manufacturing facility in Bridgewater. She currently holds the position of Production Shop Manager, and has extensive experience

Cari is a Professional Engineer and is a graduate of Acadia University and Dalhousie University. 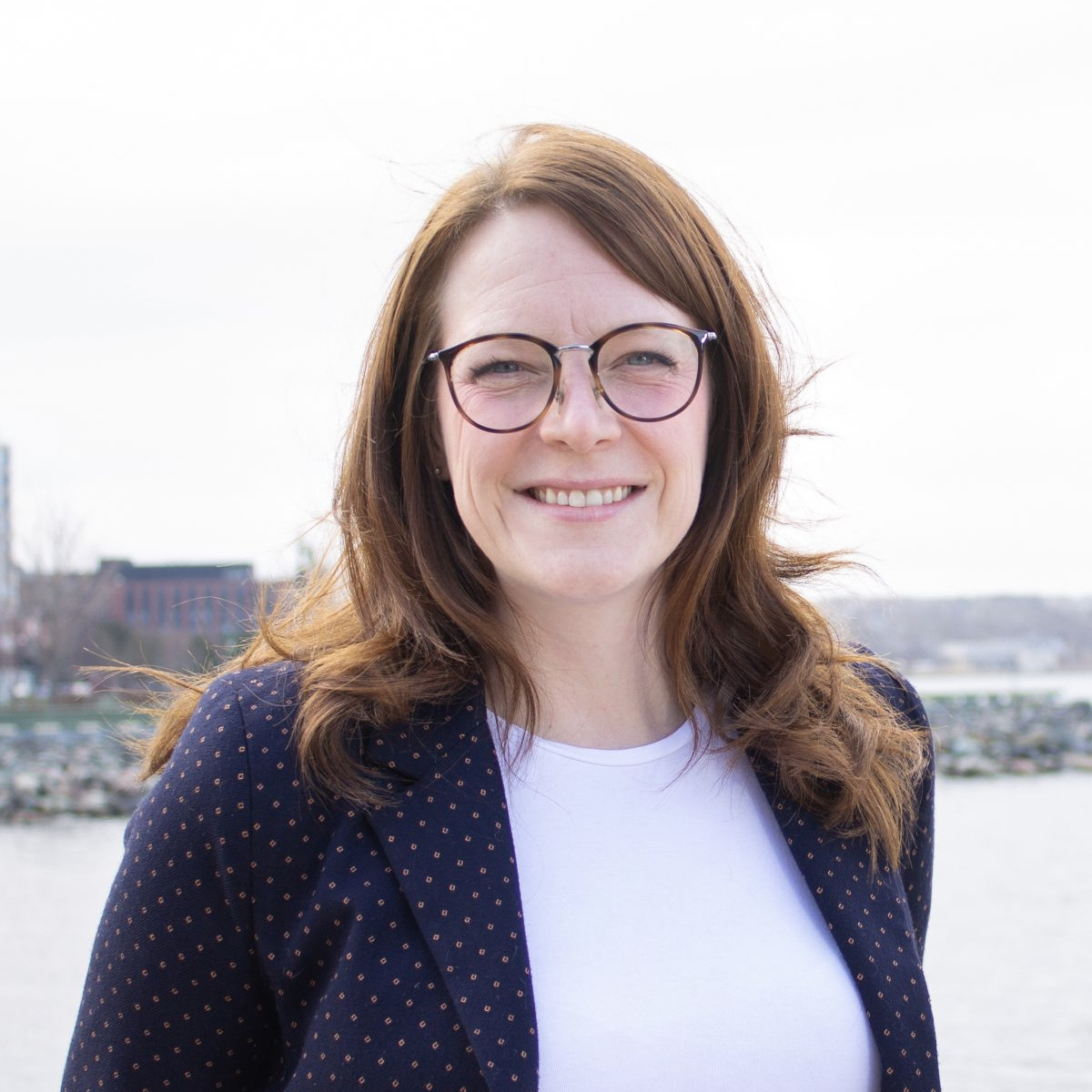 Amanda McDougall was elected Mayor of the Cape Breton Regional Municipality in October, 2021, making history by becoming the first female Mayor of CBRM. Amanda is a Cape Breton University graduate in

Political Science and hails from Main-a-Dieu, a small fishing village of just about 200 people, on the beautiful island of Cape Breton, NS.

It is here that she developed a deep passion for community development and advocacy pursuing a career in the non-profit sector.She served as the former Coordinator of the Main-a-Dieu Community Development Association and became the lead on the campaign to have the derelict MV Miner removed from the shores of Scaterie Island. This involvement in trying to engage various levels of government to respond to community needs is what inspired her to run for municipal Council in 2012.

Amanda’s first electoral campaign was not successful, but she spent the following four years learning more about her community by volunteering and taking on roles such as the Manager of the Rural-Urban Immigration Pilot at Cape Breton University. Her hard work and commitment paid off, and in 2016, she was elected CBRM Councillor for District 8.

Prior to her election as Mayor, Amanda served as the Executive Director of ACAP Cape Breton, an environmental non-profit organization that works directly on practical solutions to help protect and restore our natural environment. Shortly after taking office as Mayor, Amanda, her partner Kevin, and son Ronan welcomed a new addition to their family – a beautiful little boy named Emmett. Emmett now joins his mother in the office on a regular basis and serves as a constant reminder of how decisions at the Council table can impact the future. 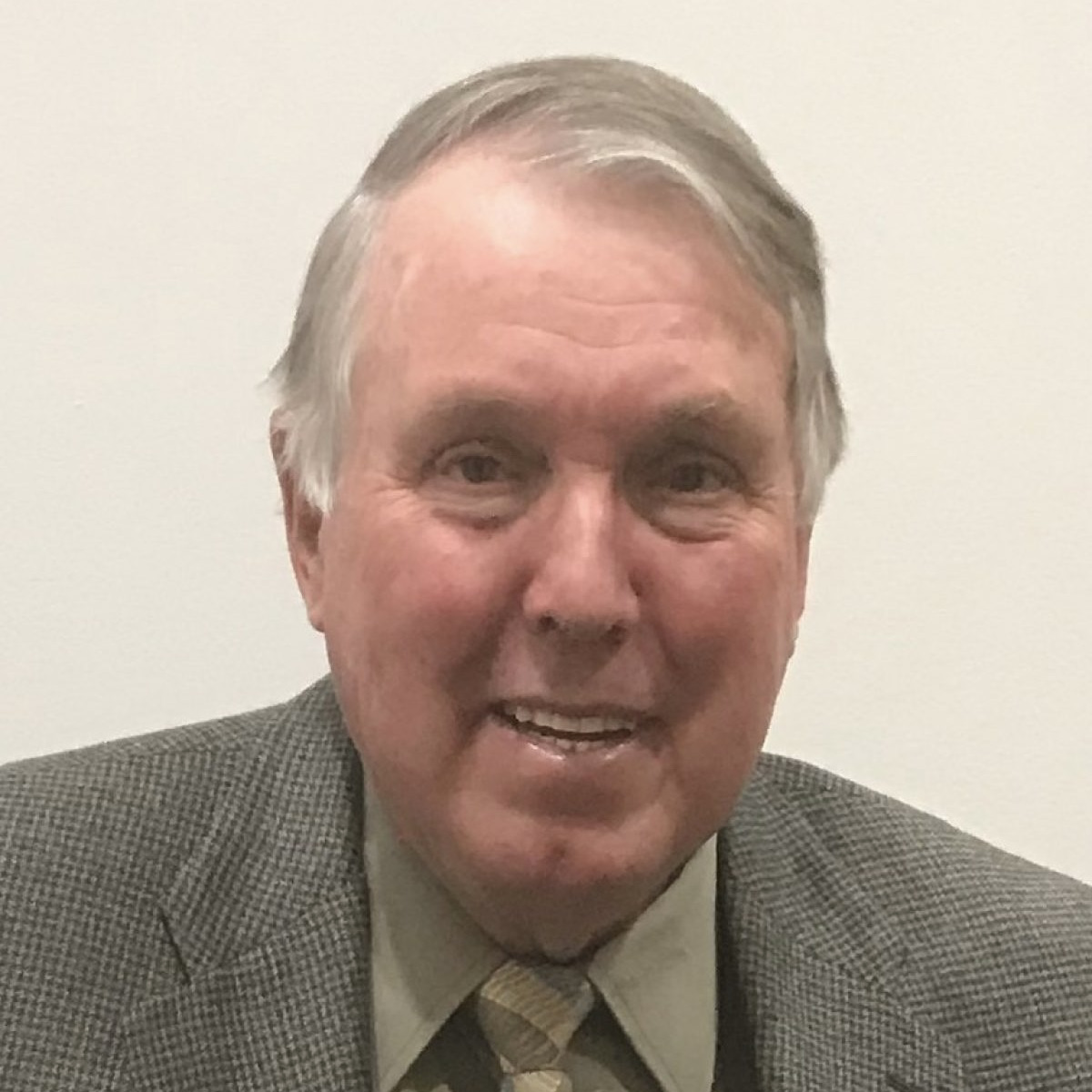 Robert Parker is a resident of the Durham/Central West River area of Pictou County and represents the Regional Chairs on the Divert NS Board. Richard graduated from the University of Guelph with a BSc

. in Agriculture and has operated his own business for 49 years, along with his family.

West River Greenhouses is a well-known supplier of quality landscaping and food plants in northern NS. Robert is currently in his second term as Warden for the Municipality of the County of Pictou and is serving in his 13th year on Council. Previous to being elected to Council, Robert served for 13 years, the final four as Chair, of the Chignecto-Central Regional School Board. Robert is new to the Waste Management Regional Chairs and Divert NS, but is keenly interested, along with his Council, in cleaning up our countryside and improving our environment generally by continuing the great improvements that have been made to reduce, reuse, and recycle over the past 20 years. 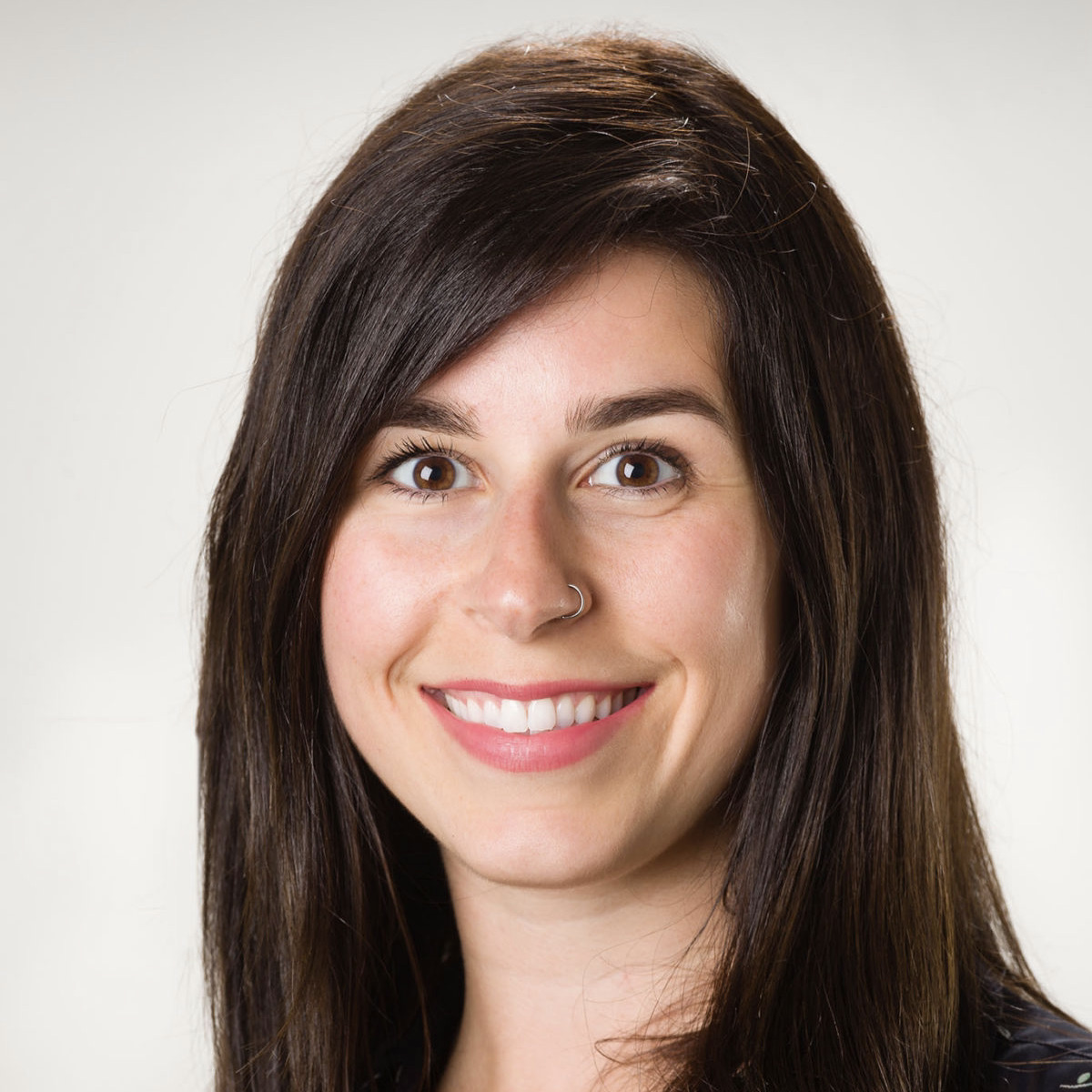 A passionate educator, Laurel has taught and designed undergraduate classes and tutorials at Dalhousie University and Mount Saint Vincent University. Laurel is currently employed at Dalhousie University's College of Sustainability, where she teaches four upper-level undergraduate courses. Laurel is also the Co-Director of FOUND Forgotten Food, a volunteer-driven community initiative aimed at reducing food waste in Nova Scotia. Laurel holds a Bachelor of Social Science in International Development, a Masters of Environmental Studies, a Certificate in Teaching & Learning, and a Certificate in Conflict Management & Mediation. 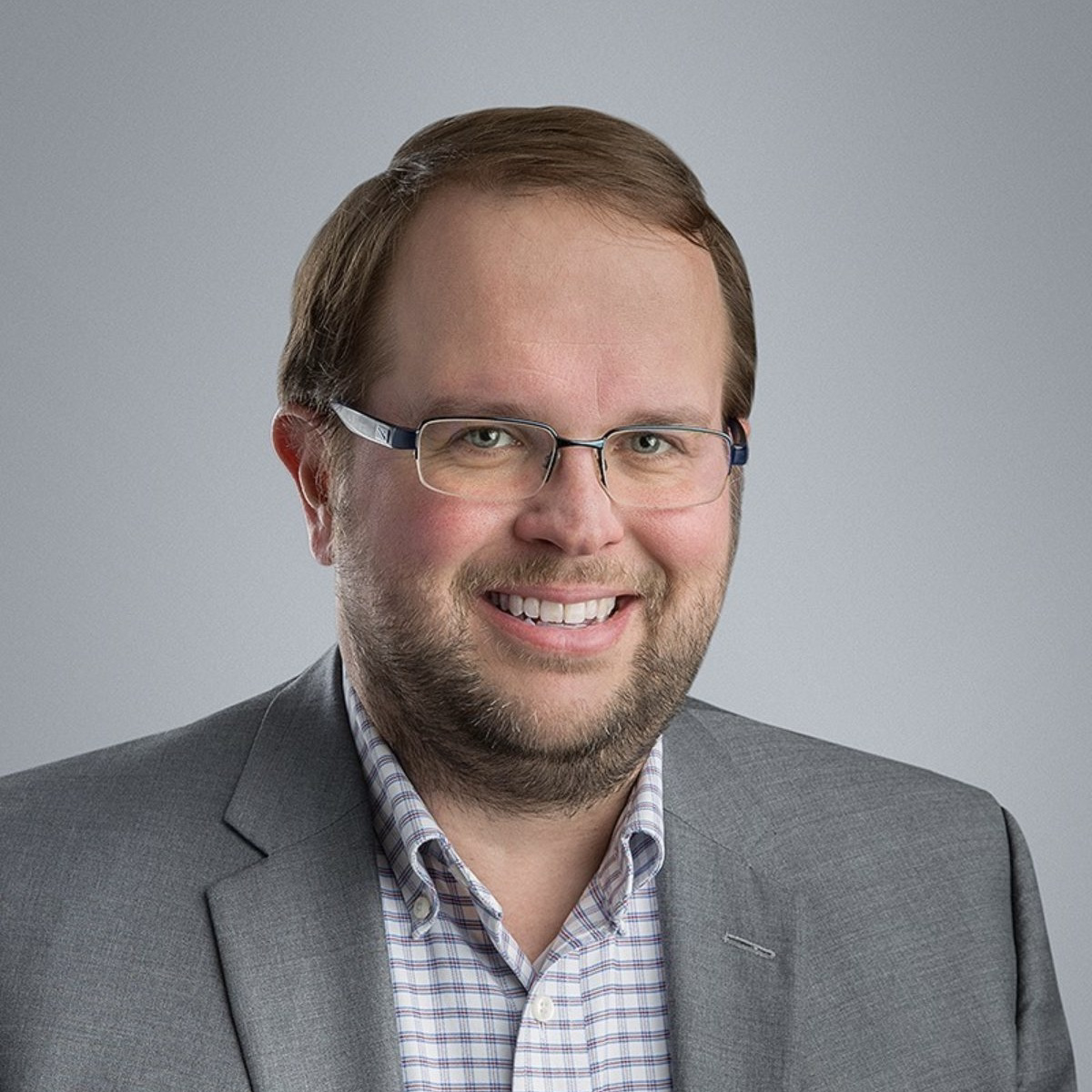 Angus Bonnyman hails from Tatamagouche and is a third generation wild blueberry grower and the Executive Director of the Christmas Tree Council of Nova Scotia. Angus is a Chartered Professional Accoun

tant (CPA) and has a Bachelor of Business Administration degree from Acadia University.

He earned his ICD.D designation from the Institute of Corporate Directors through the Rotman School of Business in 2018. He has been an Employer Representative on the Workers’ Compensation Board of Nova Scotia and chairs its Finance, Audit and Risk Committee; has served as Treasurer of The Marguerite Centre, Nova Scotia’s only recovery house for women recovering from addictions and abuse; and served as Treasurer of the Public Accountants’ Board of Nova Scotia for six years. 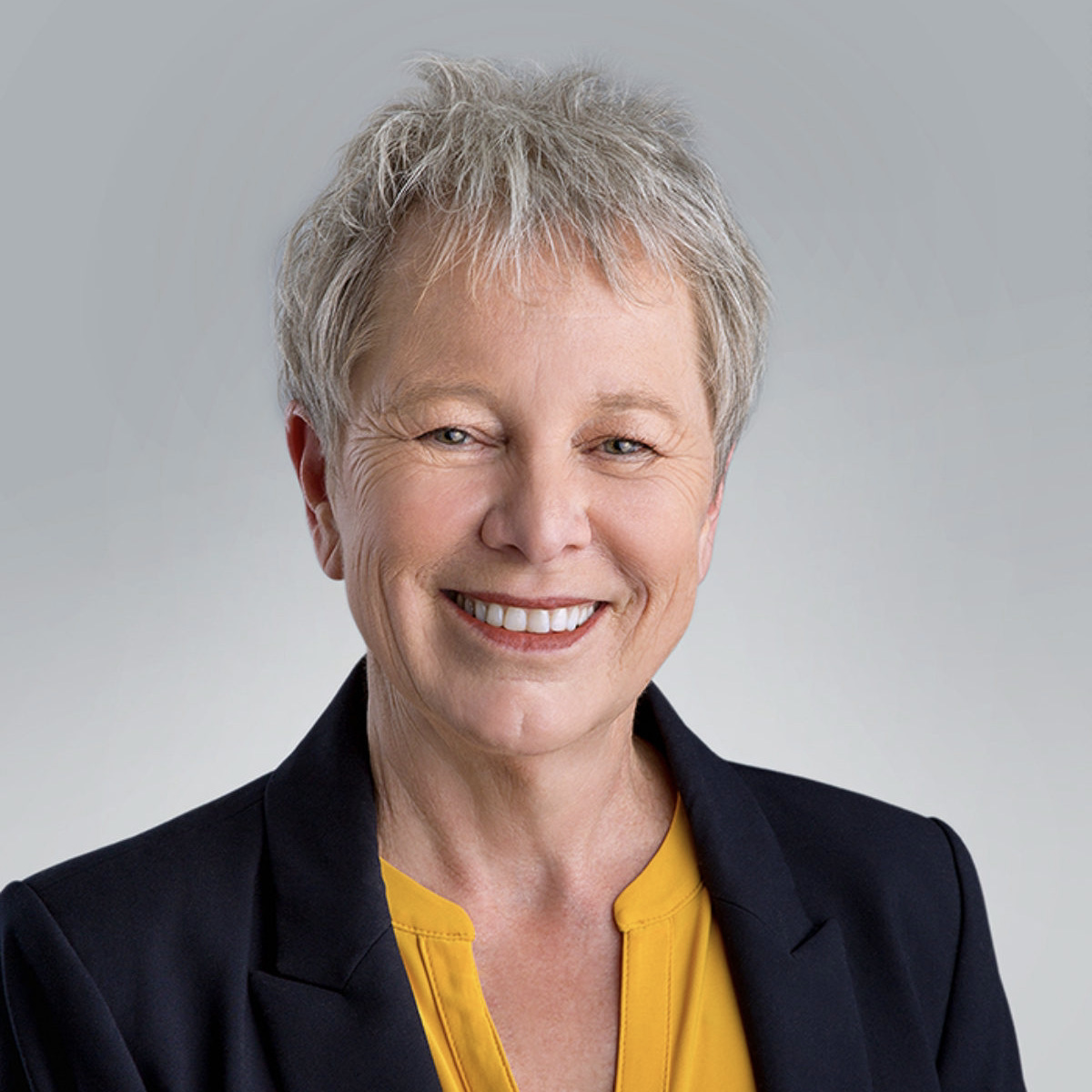 Foods (Canada), where she served on both the Canadian Leadership Team and the North American Crisis Management Team.

She also worked as Vice President of the Atlantic Region for the soft drink industry. Prior to joining the beverage industry, Calla was a journalist, and a Senior Producer at CBC Newsworld in Toronto and Halifax. She was a writer and producer at Global News in Toronto, and a writer/editor at The Canadian Press. Calla has an MBA from Saint Mary’s University and is a graduate of the Chartered Director program at McMaster University’s Directors College. She has served on several boards, including Stewardship Ontario. 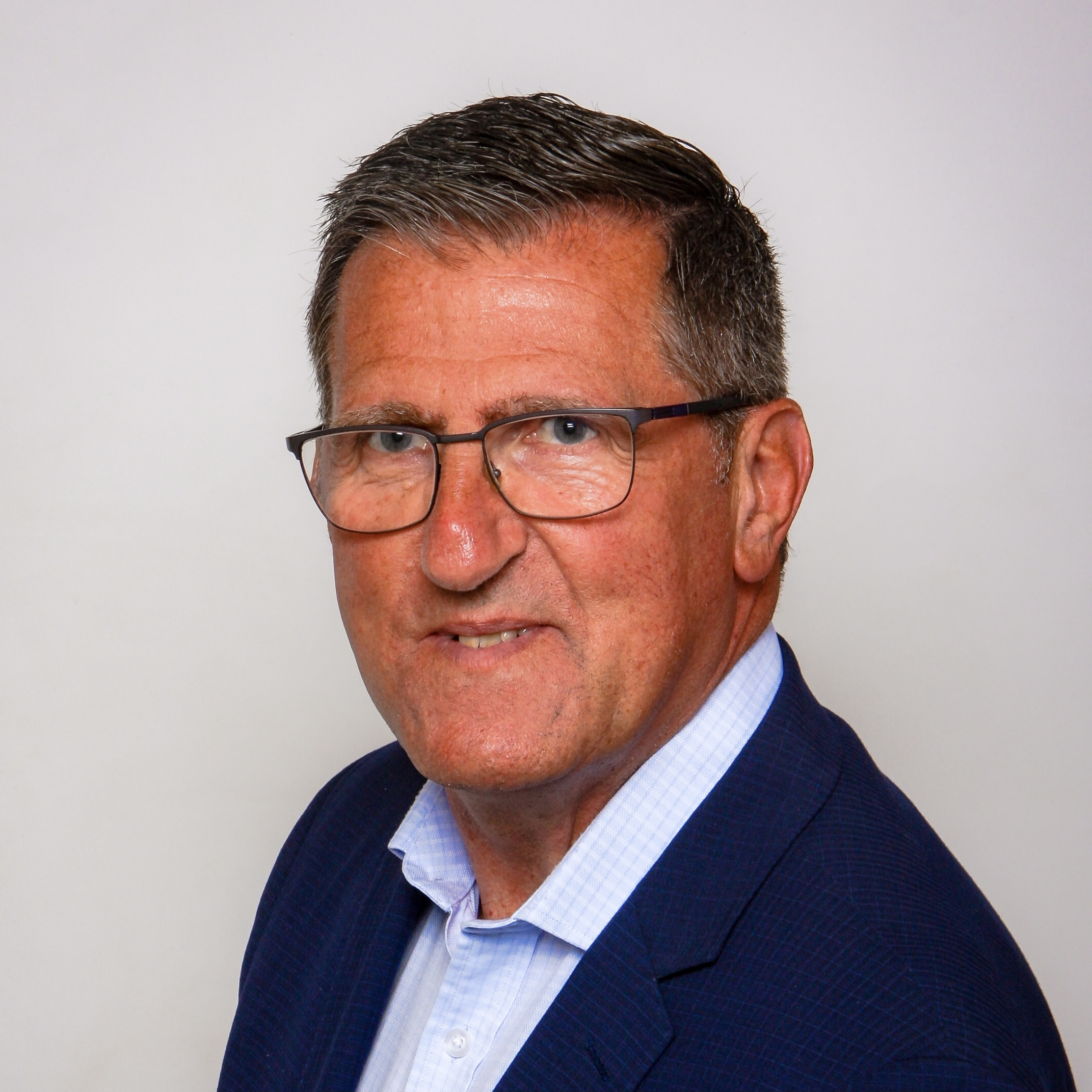 Dwight is a senior management executive with over 35 years in the manufacturing and waste management industry. He was operated recycling programs in many communities in Atlantic Canada and expanded th

e number of materials that are being collected.He was been involved with organizations including the original RRFB, EGSPA and the recycling section of the Canadian Paper Association. Dwight has also volunteered his time with a number of committees for the Town of Kentville and the Apple Blossom Festival.